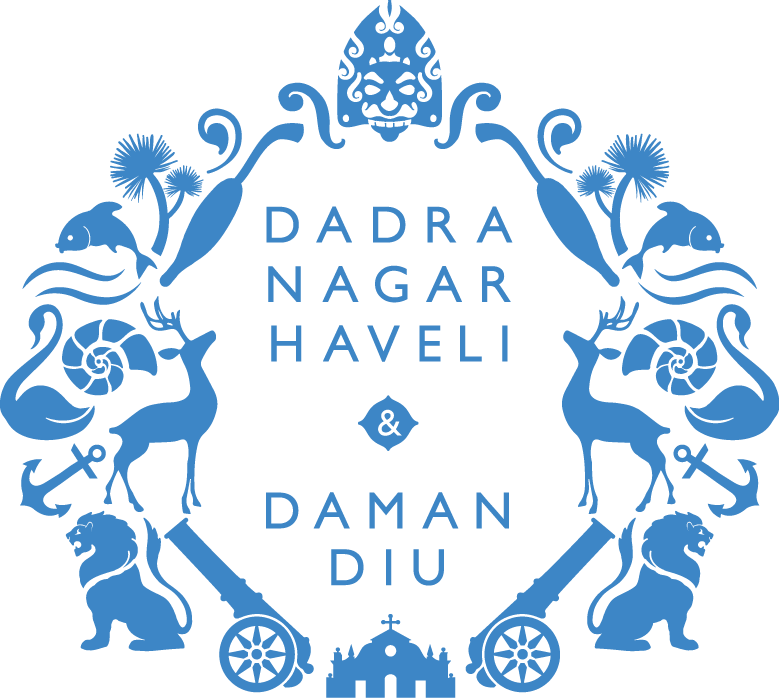 Daman District is situated on the western coast of India and surrounded by Valsad District of Gujarat State in North, East and South. Daman Ganga River flowing from Nasik passes through middle of Daman District bisecting it into two parts namely, Moti Daman and Nani Daman. The District of Daman is situated on the western coast of India. Its length from the extreme north to south measures 11 kms and width from east to west measures 8 Kms. The altitude is 12 meters above the sea level. 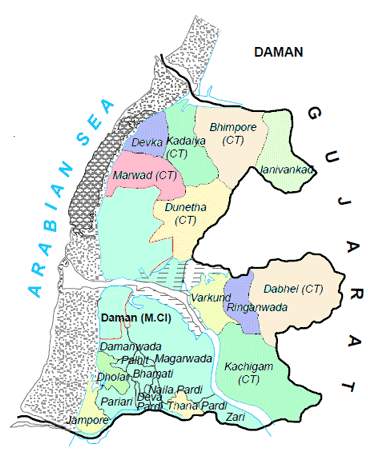 Diu District is an island on southern portion of Gujarat Peninsula and on the northern tip of Arabian Sea. It is located at a distance of 276 Km from Rajkot, Gujarat and at 92 Km from Veraval, Gujarat. It is joined with Una District of Gujarat State by two bridges over a Sea Creek. The District of Diu length from the extremes north and south, measures 4.6 kms and width from east to west measures 13.8 kms. The altitude is 6 meters above sea level. The topography is generally plain. The hillocks attain maximum height of 30 meters.

There is 1 industrial estate in Diu District having 38 Industrial Units; out of which 38 are in the Micro & Small Scale Sector. In the district, major Industries are Soda Water, Rubber Plastic, Petrol based and Ice Block making. However, the Diu has immense potential in areas of tourism and marine product based industries. 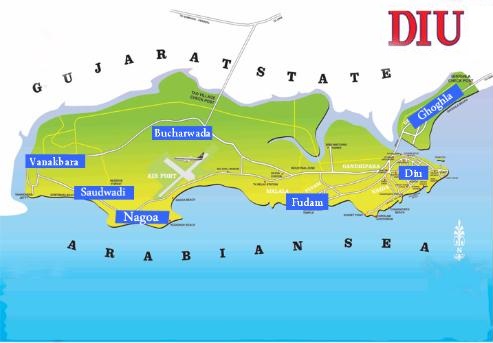 The area of Dadra & Nagar Haveli spread over 491.00 sq.kms. land locked between Gujarat and North and Maharashtra in South was liberated from Portuguese Rulers by people themselves on 2nd August 1954. The people of the U.T. established free Administration of Dadra & Nagar Haveli, which was finally merged into Union of India in the year 1961. The Portuguese occupied Dadra and Nagar Haveli between 1783 and 1785 and ruled it till its liberation in 1954. The regime was marked by rapacity and corruption on the part of Government and its officials, exploitation of the local Tribal Population by a handful Sahukars (money lenders) and total indifference to the welfare of the people. About 170 years of Portuguese rule was brought to an end on 2 August 1954 by the volunteers of Goa parties acting in close cooperation with the local inhabitants. After its liberation, the administration of the territory was carried on by an Administrator with an Advisor to advise him on all administrative matters and soon steps were taken to associate the local people in the administration by the creation of Varistha Panchayat and Group Panchayat.

The 53% of the area is under forest cover.There are about 5450 industries in DNH covering Texturising, plastic, cable, metal, rubber, oil, Pharma etc. There are 4 Nos of govt industrial estate and 73 private industrial estates in DNH. 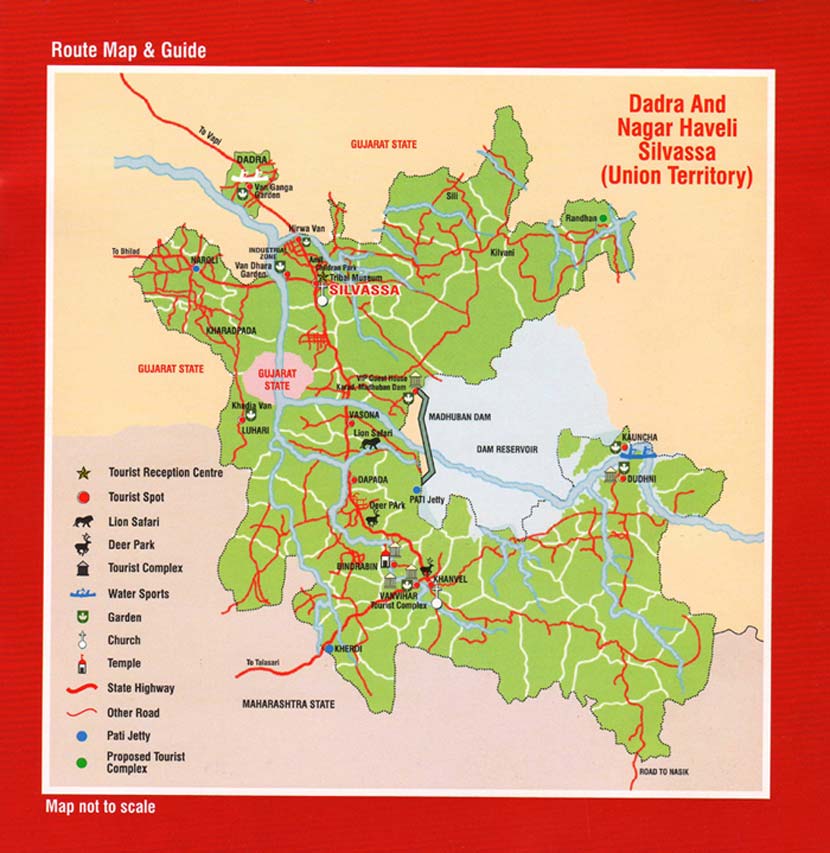